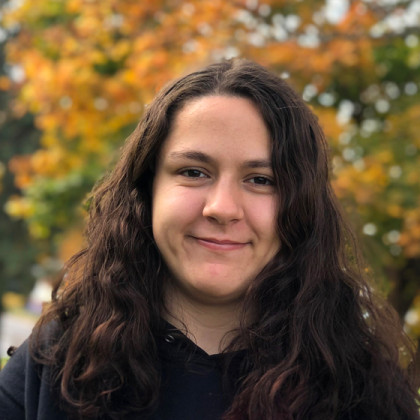 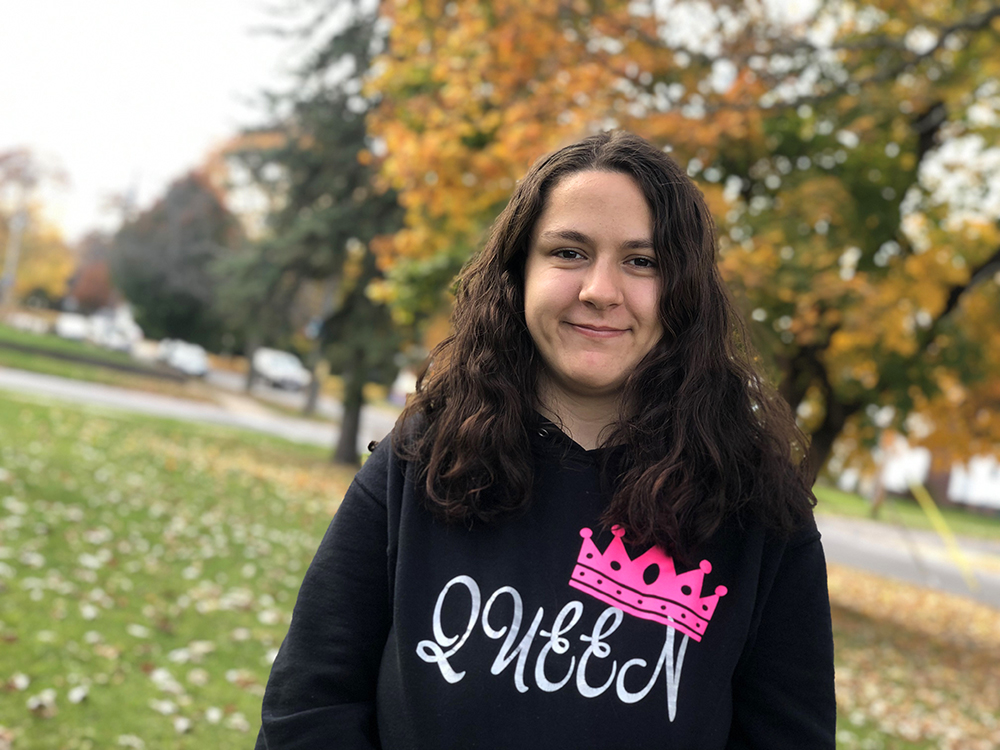 Ashley grew up with five sisters and she was right smack in the middle. Born in Utica, her family moved around a lot, and as a teen she found herself living as far as Richfield Springs with her mom and Little Falls with her dad. She describes her younger self as being a “bad kid” – which to her meant that she wasn’t listening or doing things she was supposed to at home. Despite that, her home life was overall pretty good. She played soccer in high school and really like math and science with a particular affinity for biology. She attended BOCES her junior year and studied child and family services. Due to her working through new mental health diagnoses, she lost consistency in her education and dropped out of high school in eleventh grade.

Ashley’s daughter is four years old – she has blond hair and bright blue eyes with a bold presence! Ashley laughs and says she’s “at an age when she doesn’t like to listen!” Her daughter is going to pre-k and they love to watch movies (especially Moana!) and color together.

Ashley was living with her daughter’s father and he was taking care of the household bills. The relationship was strained and it got really bad at the end. Once he became incarcerated, she couldn’t sustain the apartment. Everything compounded at once - she found it hard taking care of her daughter on her own without help, the power went out, her landlord passed away and she eventually became homeless. She ended up staying in a hotel for three weeks before she moved into Evelyn’s House.

Ashley got to Evelyn’s House in July 2022. It was a place she was familiar with, as her sister stayed there eight years ago with her niece, who ironically was named Evelyn! Still, when Ashley first got to the house, she was nervous. Staff helped her start getting things together right away. They connected her with Early Head Start for her daughter, helped her get her ID, social security card and birth certificate, and got her volunteering at Compassion Coalition. A requirement of all residents of Evelyn’s House is that they need to be working, in school or volunteering. They also got her on track to gain permanent housing. Day-to-day living in Evelyn’s House also helped her out a lot. She is thankful that the house helps set up a good routine for all the things you need to do in life – cleaning up, making dinner, doing laundry, maintaining a schedule, etc. She feels she didn’t arrive equipped with a lot of skills but is gaining more and more while in the program.

THE DIFFERENCE THREE MONTHS CAN MAKE

At the time of this writing, Ashley has been at Evelyn’s House for three months and is working to transition to independent housing. She is also 24 years old, the maximum age for residents. Reflecting, she is thankful to have found a safe landing zone, to have some help getting the pieces together and is relieved to have a place she can “just be”. She shares that it was truly a wake up call for her.

And she is doing great! Housing Manager Rosetta St. Peter shares, “Ashley is always positive and optimistic! She has gone through some difficult situations but still has a great attitude and remains positive. This is evident in her daughter, who is happy and healthy.”

Ashley’s hopes for the future are to start with a part time job, work towards getting her GED and eventually get a good paying job and a nice house. As for her daughter – she wants her to be able to talk to her if she has any struggles and wants to be a good support system for her.

Ashley also shares her gratitude – “Thank you Evelyn’s House, thank you to the staff - they helped me so much. When I came here, I had nothing and they helped me with so many resources. Days can get hard, but I think I got it!”

The young women who stay at Evelyn’s House form tight bonds and with it being a 24/7 facility, staff also become very close with residents. Service Coordinator Erica Billins, who has seen Ashley’s progress since she arrived, adds, “She is a phenomenal young lady who is a great mother and very eager to work. I am beyond proud of her for coming into Evelyn’s House and breaking every barrier down that she possibly could. She is now comfortable doing a lot of things she had no knowledge of before coming here. Now, she is patiently waiting to receive a date to move into her own place and we couldn’t be more happy for her! If I could think of one word to describe Ashley, it would be RESILIENT. I have no doubt that she will keep growing, become a successful young woman and will continue to be a great mom.”