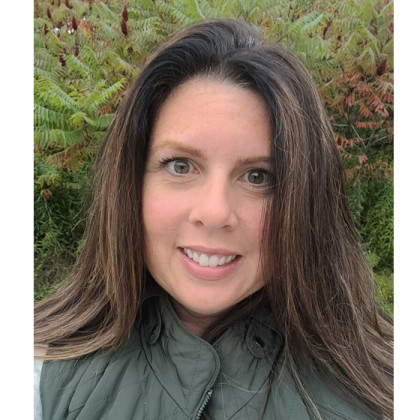 Erica grew up in Utica, graduating from Proctor High School. She remembers having classmates who were residents in area group homes and after doing some volunteering in after school programs, it really opened her eyes to what her peers were going through. It drew her after graduation to work at a local non-profit for many years and her love of human services was officially sparked.

She started provider work in 2005 with Kids Oneida (ICAN’s former name) under Grassroots Family Assistance. Now through our Independent Practice Association (IPA), she is Behavioral Specialist and she also works full time at our ARCHES program at Herkimer BOCES through the IPA.

In 2011, Erica started Marleau Family Services and found that provider work gave her a lot of flexibility with her family schedule. Her first son was only six months old when she applied for her first contract and she found she could manage her work schedule along with her husband’s and they avoided needing to put their son in day care.

In 2017, Erica joined forces with Sonya Piersma (her best friend since high school) and rebranded to M&P Community Services. M&P focus on children and they offer mentoring, behavioral management, individual and family therapy and psychosocial rehabilitation.

In all, they have 23 employees who are mostly part time, with a couple full time. Most are social workers, behavior managers and Other Licensed Practitioners. They have office space in New Hartford Plaza 5 and have begun holding therapeutic groups there. All M&P employees have access to the office space and the family room/rec space area.

She enjoys working with the IPA because of the support providers get from ICAN - the director is always willing and ready to be there for them. Training support is helpful and ICAN assists in always leading them in the right direction.

The most rewarding part of her job is when she sees a student/client feel like they have some control over their own behavior and they get their power back.

• She has two sons, ages 11 and 9
• She’s a huge fan of The Office and probably can recite every episode
• She really loves lizards and is working on talking her husband into talking getting one
• Their favorite thing to do as family is to have movie nights - they are super into Marvel
• Bulldog named Thor (see last bullet!!)