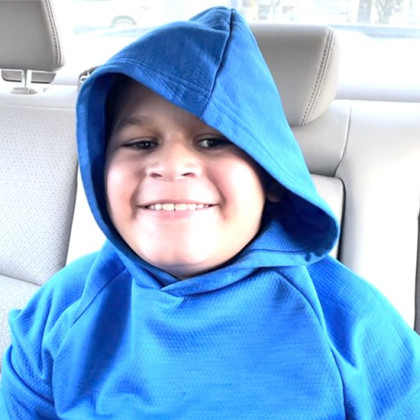 The power of mentoring is shown many times over at ICAN. It is often that “essential piece” that completes the collection of services provided to a client to assure the greatest success possible. We love when we get an opportunity to showcase a success where the entire team – the client, their family, our ICAN staff and all of their external supports – are working together and the client is thriving. 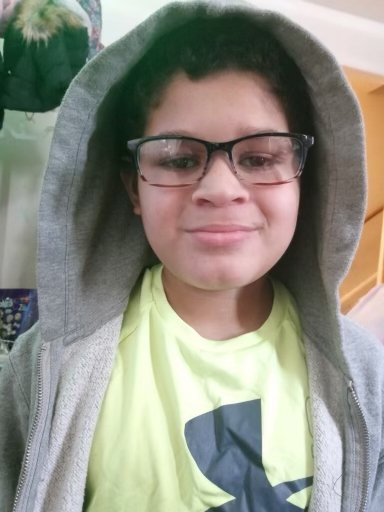 When We First Met Kisea…

Kisea (pronounced "kah-SAY") first came to ICAN as a referral when he was six years old and now he is almost ten. Having witnessed traumatic events and domestic violence in his young life, he was starting to outwardly show severe anger and destructive behavior. He was rambunctious and unpredictable and doing dangerous things such as breaking televisions, starting fires and ruining property.

Challenges in the Home and Beyond

With Kisea becoming completely unmanageable himself, it was practically impossible for his mom Kelly to manage the entire household of six kids, ages 2, 4, 6, 8, 10 and 12. His behavior was affecting the entire family. If he broke something, everyone had to go without. He needed so much attention the other kids weren’t getting enough. Kelly shares that “we were both losing at the end of the day.”

Kisea’s challenges affected those beyond the family as well - he was disruptive in school, in the community and even in his immediate neighborhood. Kelly faced multiple evictions stemming from complaints about Kisea’s behavior. She couldn’t even take him with her into stores.

Kisea’s case is a perfect example of how ICAN’s Wraparound services work. His team includes Jodi, an ICAN Youth Care Coordinator; Erin, a counselor from Madison County Mental Health who has an excellent relationship with ICAN, his teacher at BOCES and his mentor Daryl.

The coordination and counseling are supplemented with mentoring, which makes a huge difference in kids’ lives, especially Kisea. It gets him out of the house to breathe. With so many kids in the house, they are up under each other 24/7 and alone time is rare. When Kisea is with Daryl, it allows Kelly to get housework done and spend one-on-one time with her other children. Sometime Daryl will involve Kisea’s siblings in their visits, which helps their interpersonal relationships in a positive way that overflows into the home. Daryl is the type of mentor who mixes tried-and-true methods with creativity and personal touches that gain him respect and trust of the kids and their families.

Kelly admits that she was very worried about Kisea’s future and though no parent wants to think this about their child, she saw him ending up in jail or worse. She hated thinking that. Jodi, who has been working with Kisea for three years, echoes the concerns. “We really didn’t know where he would end up.”

Fast forward to now and and Kelly sees such a big change in Kisea. Where once he was getting kicked out of school left and right, his current school hasn’t had to call her at all this year. She sees that he has a a better outlook on himself. He doesn’t let himself down like he used to. He loves swimming, basketball and anything where he’s burning energy. Having those activities as a “prize” at the end of the week with Daryl helps him set goals for good behavior for himself. He has learned that he has control over his actions.

This popular phrase promotes taking a step back and examining your actions if you are in a potentially dangerous or sticky situation that could get bad very easily. It’s the power of pause. It’s also one of the tools in Daryl’s extensive “mentoring tool belt” and it has become a memorable and essential coping mechanism for Kisea. The team has heard from his teacher that she can SEE him pause and whisper “check yourself” to himself in the classroom.

A Big Change is Happening

Jodi shares a story about Kisea. It was a rainy day in his neighborhood and there was a woman walking outside. He took an umbrella (an item that may have once been broken in anger or used to break something else) and walked the woman all the way to her car so she didn’t get rained on. He helped another woman carry her groceries. Those seemingly small actions are actually huge for a kid like Kisea, showing that he is growing and thinking of others.

Kelly has had so many calls about behavioral issues and everyone around her has always talked about Kisea so negatively. She is so proud that now people are seeing a positive side of him and they are in his corner supporting him.

Kelly’s hope for Kisea is for him to thrive in the outside world. He will be bound to make mistakes as all kids do, but if he can learn to control his anger and his actions, he will be ok. Seeing the progress over the past few years working with ICAN and his counselor gives her great confidence that he can achieve that.

Jodi is thrilled to see Kisea’s progress and that now when people meet him they see a “happy little boy”. And it’s not just Kisea - Kelly has been making incredible gains herself and has been a crucial part of the ICAN team by following through at home, helping Kisea meet his goals and implementing consequences when needed. “This is a perfect example of Wraparound at work,” Jodi shares. “Everyone is working together and the outcome is truly life changing.”

Kelly thanks the entire team, but especially Daryl for the time and consistency he shows and for his patience as a mentor. “We have a lot of respect for him and he shows so much concern for Kisea and our whole family. His heart is ON point.”